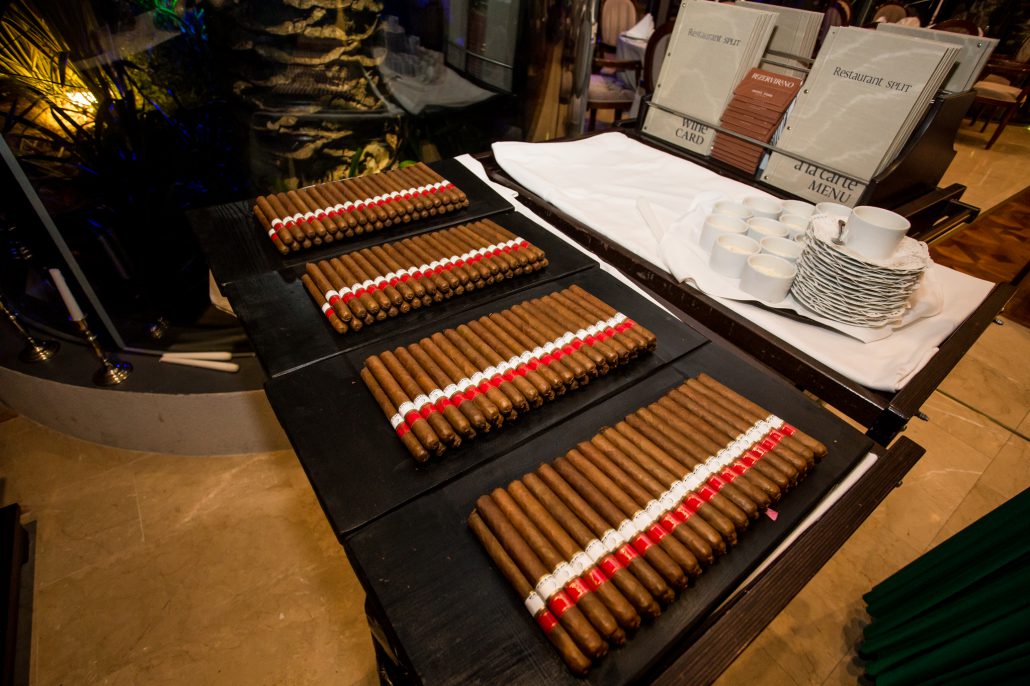 This year’s winner of the Cigar Smoking World Championship was Mirko Giotto from Switzerland with a final time Rieks of 2 hours, 32 minutes and 8 seconds. Mirko Giotto is a great friend of Club Mareva and owner of El Sueno Cigars. Since he won the title of the World Champion in the imperial city of Split, emperor Diocletian came himself to give him the title.

Both male and female winners received commemorative watches, made just for this occassion by Cuervo y Sobrinos watch company. First three places were also given a bottle of Chivas Regal 25, on behalf of Pernod Ricard, global sponsor of the festival. Winner was also given priceless humidor gift from Daniel Kalcich from Golden Smoke Atelier, Macanudo Cigars from Scandinavian Tobacco Group.

The winners were also rewarded with a box of new Macanudo Inspirado cigars, sponsored by Scandinavian Tobacco Group. This mareva sized cigar in 2016. replaced the Montecristo No. 4 as competitive cigar and will be competitive cigar for the next three years.

Cigar weekend in Split was a perfect combination of history, tradition, finest Mediterranean cousine, best domestic wines, luxury and above everything sincere friendship. It’s the reason why people come back every year!